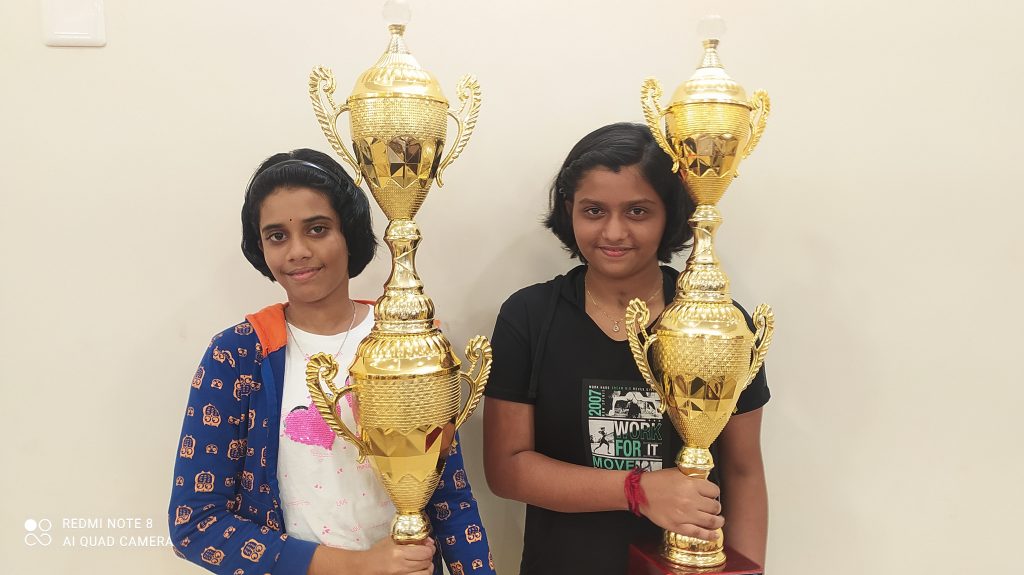 188 Players from all the districts of Karnataka were participated in the Karnataka State Under 15 Open FIDE Rated Chess Championship 2002, Sathvik Adiga (1838) from Bangalore was the top seed in open category followed by Apoorv Kamble (1776) and Tejas Suresh Kumar (1775) from Bangalore Dhanush Ram M (1717) from Dakshina Kannada District.
Sanikommu Manasvi (1475) from Bangalore was top seed in Karnataka State Under 15 Girls FIDE Rated Chess Championship 2002 Followed by Shriyana S Mallya (1442) from Dakshina Kannada. Anagha K G R (1337) from Mysore.
Unbeaten Akshaya played in top boards from 4th round and won all the game nd scored 9 out of nine rounds to clinch the title.

In Open category, 4th seed Dhanusha Ram drew with Raveesh Kote (1359) in 5th round and drew with Samuel Mathew (1444) in the 9th round. He scored 8 points out of nine rounds to win the championship
All the participants and parents were happy as the venue, accommodation and transport were par excellence. Organiser distributed chocolates and biscuit to all the players during the championship in the last round.