IM Pranav Anand scored his final GM-norm at 55th Biel International Chess Festival: MTO with a round to
spare. 15-year-old IM Pranav Anand scored his third and final GM-norm by drawing his game against Spain
no.5 GM Eduardo Iturrizaga Bonelli (2619) in the penultimate round. He defeated GM Maxime Lagarde
(FRA, 2631), GM Sethuraman S P (2623), drew with GM Aryan Chopra (2610) and GM Shant Sargsyan
(ARM, 2661) in this event. He faced GM Yu Yangyi (CHN, 2720) in the final round and lost. His live rating
is now 2489. Pranav is now only 11 Elo rating points away from becoming India’s next GM having
completed his previous norms in Sitges Open (Jan 2022) and Vezerkepso GM Round Robin (March 2022)
tournaments. It’s an outstanding feat from Pranav having completed all three GM norms in a span of 6
months!! Congratulations to Pranav, his family and his coach IM V Saravanan for this fantastic
performance. We hope he becomes a Grandmaster very soon. 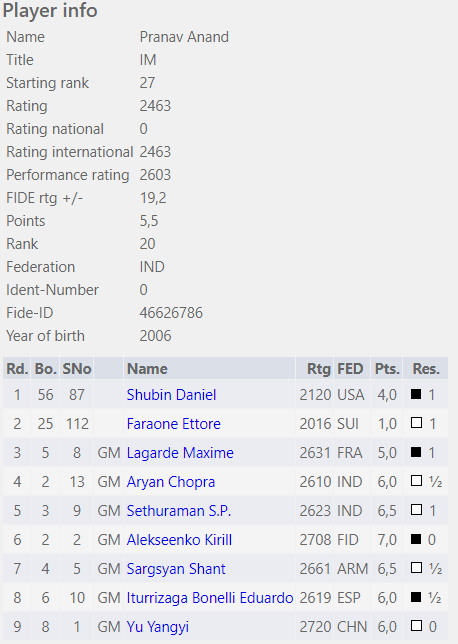 The final standing of the performance is at https://chessresults.com/tnr636482.aspx?lan=1&art=9&fed=IND&snr=27

Pictures from his tour is as below. 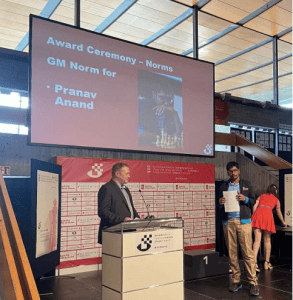