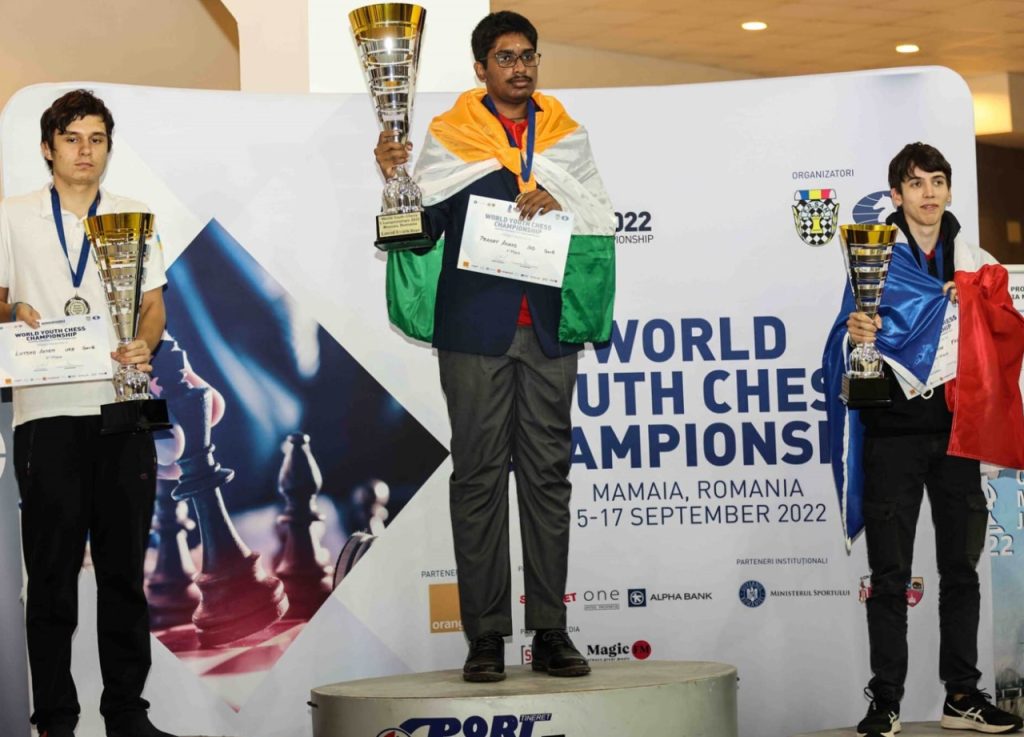 The newly crowned 15-year-old Pranav Anand both literally and figuratively had a Golden week. First he became India’s 76th Grandmaster on 15th September and then he clinched the Gold on the following day. With this latest win, Pranav joined the growing list of young chess talents from the country such as Praggnanandhaa R, Nihal Sarin who had won the U-18 or U-16 titles in the earlier editions.

Back in the city, the newly crowned U-16 World Champion was felicitated by the Dept. of Youth Empowerment and Sports on Monday.

Team KSCA congratulates Pranav on this twin achievents and wishes him more accolades in upcoming days.